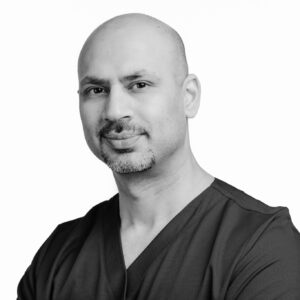 Dr. Wajih Jinnah did his Masters in Restorative Dentistry from University of Helsinki between 1999-2001 with distinction and received accolade and grant for International Student of the Year in 2001 for his master’s thesis. During his master’s program he developed interest in field of endodontics and went on to complete his specialist training in endodontics from year 2007-2010. Since June 2010 he is a practicing endodontist, but also passionate about holistic approach that encompasses the well-being of the patient as a whole.

Currently working as chief dentist in specialist’s clinic of ​South Karelia Social and Health Care District (Eksote) and in private clinics in the cities of Lahti and Jyväskylä.