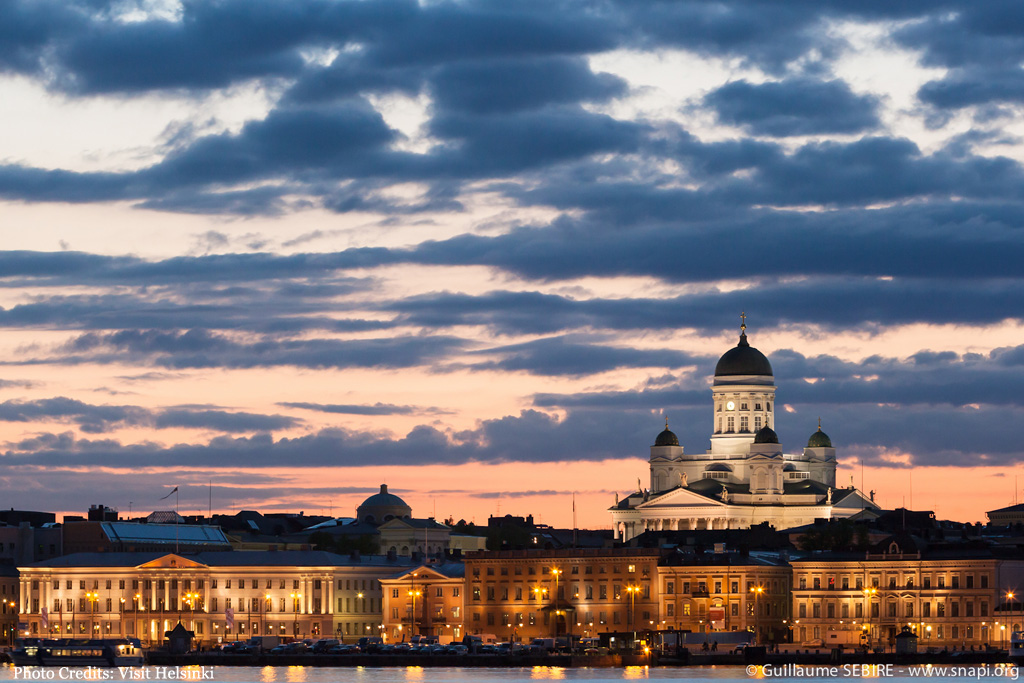 Located between East and West, the northern capital of Helsinki is full of surprises just waiting to be discovered. Helsinki, the capital of Finland, is a vibrant seaside city of beautiful islands and great green parks. The city’s rhythm is laid back yet at the same time refreshingly active in terms of both the number and quality of restaurants and nightclubs.

Year 2017 is special because Finland celebrates its 100 years of independence.

Helsinki can easily be reached from anywhere in the world.

Helsinki Airport consistently ranks among the best airports in the world and serves around two hundred international flights each day. The journey time between the airport and city centre is around 30 minutes.

How to get between the airport and the city centre:

Trains: Local trains I and P operate between Helsinki Airport and the city centre on the Ring Rail Line, which opened in July 2015. The journey time between the airport and the city centre (Central Railway Station) is approximately half an hour. A regional ticket costs 5,50 euros and can be purchased from Helsinki Region Transport (HSL) ticket machines and onboard trains from a ticket sales carriage.

Buses: The Finnair City Bus operates between the airport and city centre (Elielinaukio) every 20 minutes and takes around 30 minutes. A single ticket costs 6.20 euros when purchased online in advance or 6.30 euros from the driver.

Taxis: You can also travel conveniently between the airport and the city centre by taxi, which will cost around 45 euros.

There are excellent train connections from Helsinki to all major towns in Finland as well as to Lapland. There is also a daily train service to St. Petersburg and Moscow. The Central Railway Station is a landmark unto itself in Helsinki.

There are daily ferry services to Helsinki from Estonia and Sweden, see e.g. Tallink Silja Line, Viking Line or Eckerö Line, as well as from Germany by Finnlines. All the ferry companies offer also possibility to take a car with you. Helsinki can be reached by ferry also from Russia by St. Peter Line as well as from Poland.

Buses from all around Finland arrive to the central bus station, from the largest cites approximately every hour.